The School of Health Sciences has over 200 Reusable Learning Objects (RLO) which have been developed since early 2000 and the development has been undertaken using many different technologies. Over time the support for some of these technologies has diminished and with the adoption of mobile devices some extremely rich and useful content is now inaccessible to users.

Aaron has been working on the School's HTML5 based RLO template to improve the user experience and accessibility and wondered how easy the transfer of older RLOs might be. Aaron used Google Analytics to look for a popular RLO and decided to undertake the conversion of an RLO titled "Pharmacology: Half-life of Drugs" using the modified HTML5 RLO template.

This RLO had been developed around 2004 and made use of Macromedia Director to provide the interactive activities, video and audio. The browser plugin is currently not supported on mobile devices, and is increasingly problematic for desktop and laptop users. 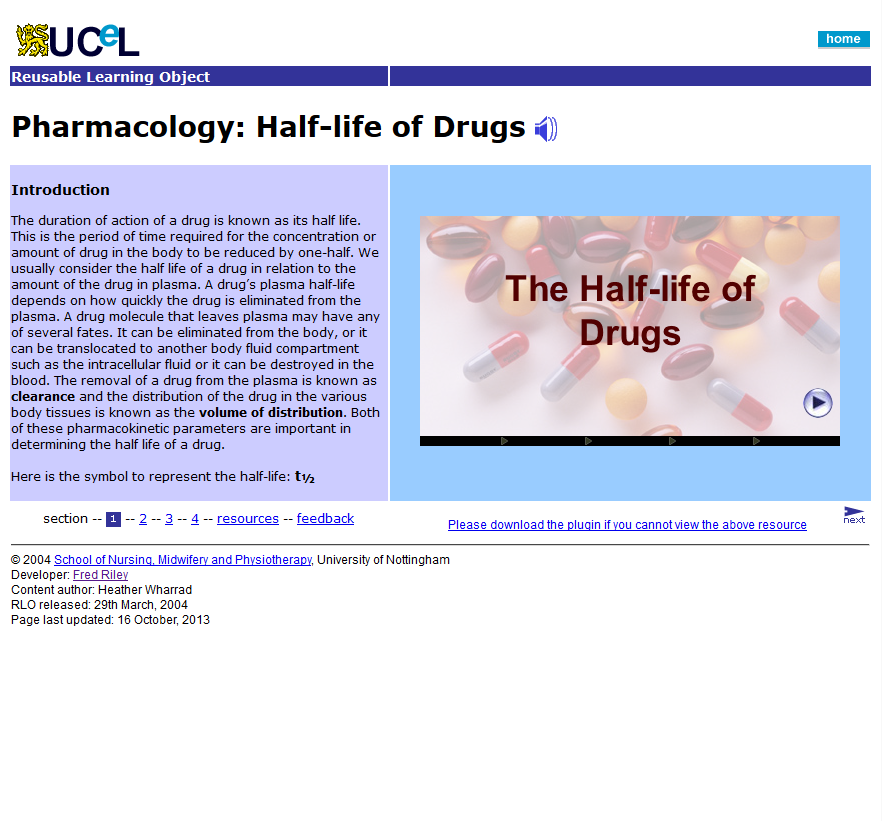 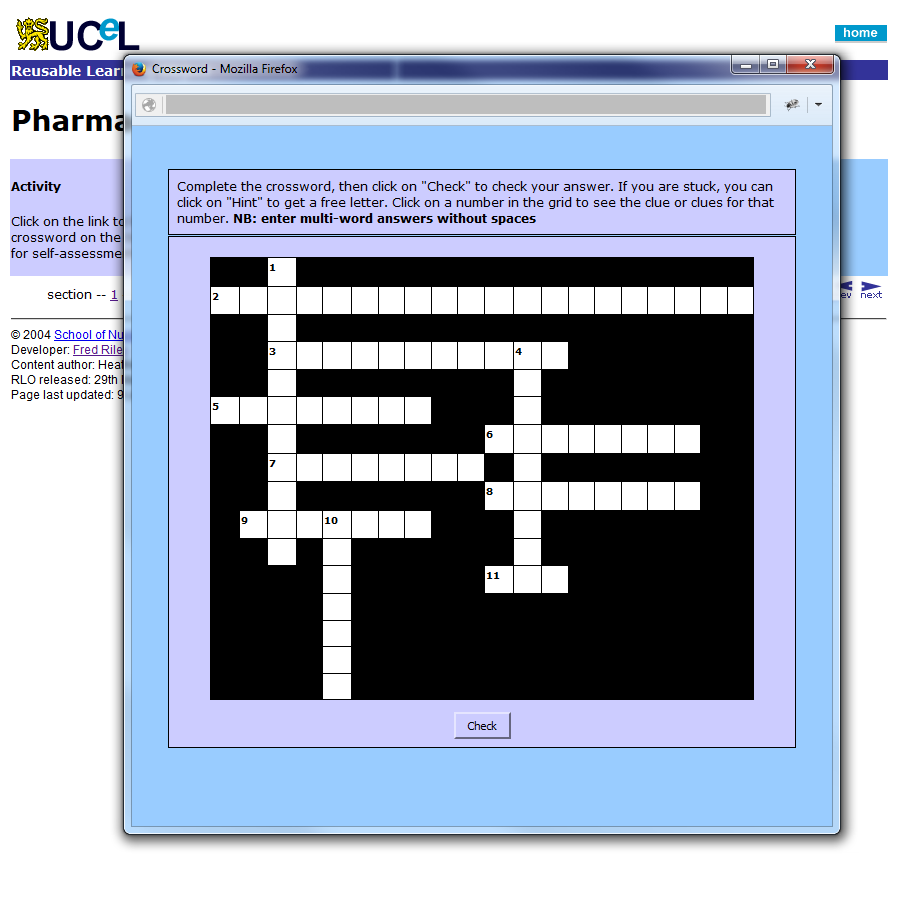 Aaron was able to access the source material for the resource but the Director content could not be opened as Aaron no longer has access to the Director software. As this content was narrated animation Aaron decided that capturing the content and then providing this as video content (in both MP4 and WEBM formats) would allow this content to be made available a potentially much wider audience. This approach fixes the size of the video footage and also limits the frame rate of the video.

The result is a resource which is very accessible to a much wider audience and works very well on small screen devices. Aaron discussed this experimentation with the original content author, Heather Wharrad, and Heather gave the go ahead to replace the original version with the newly converted version. 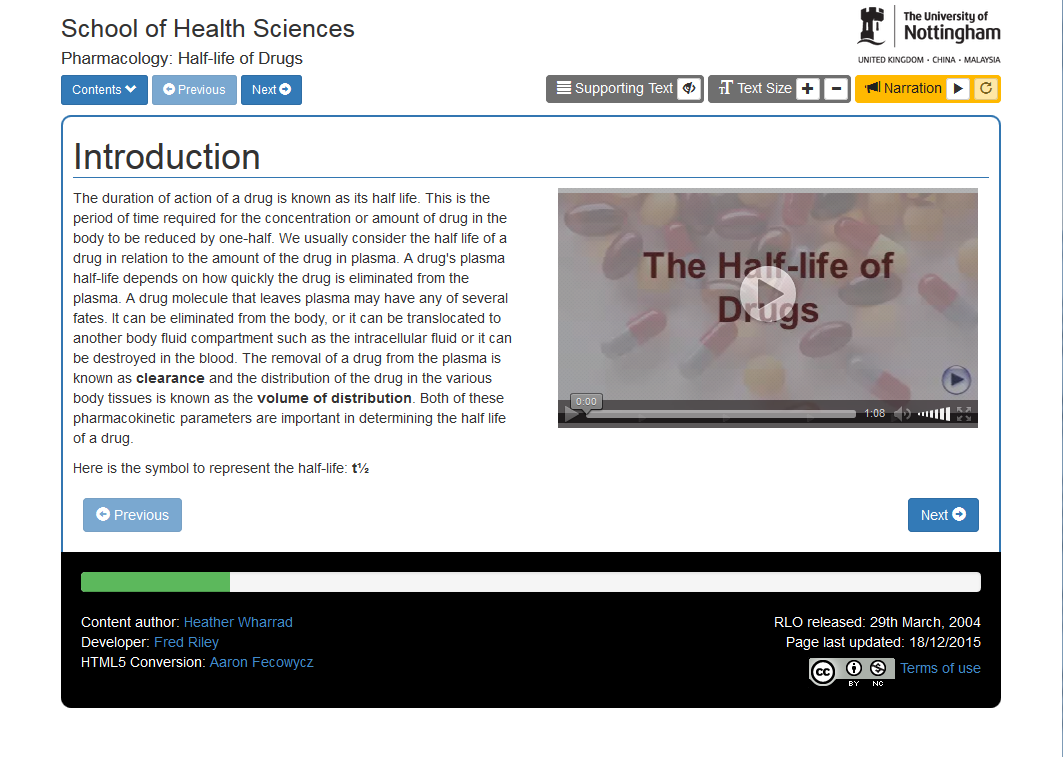 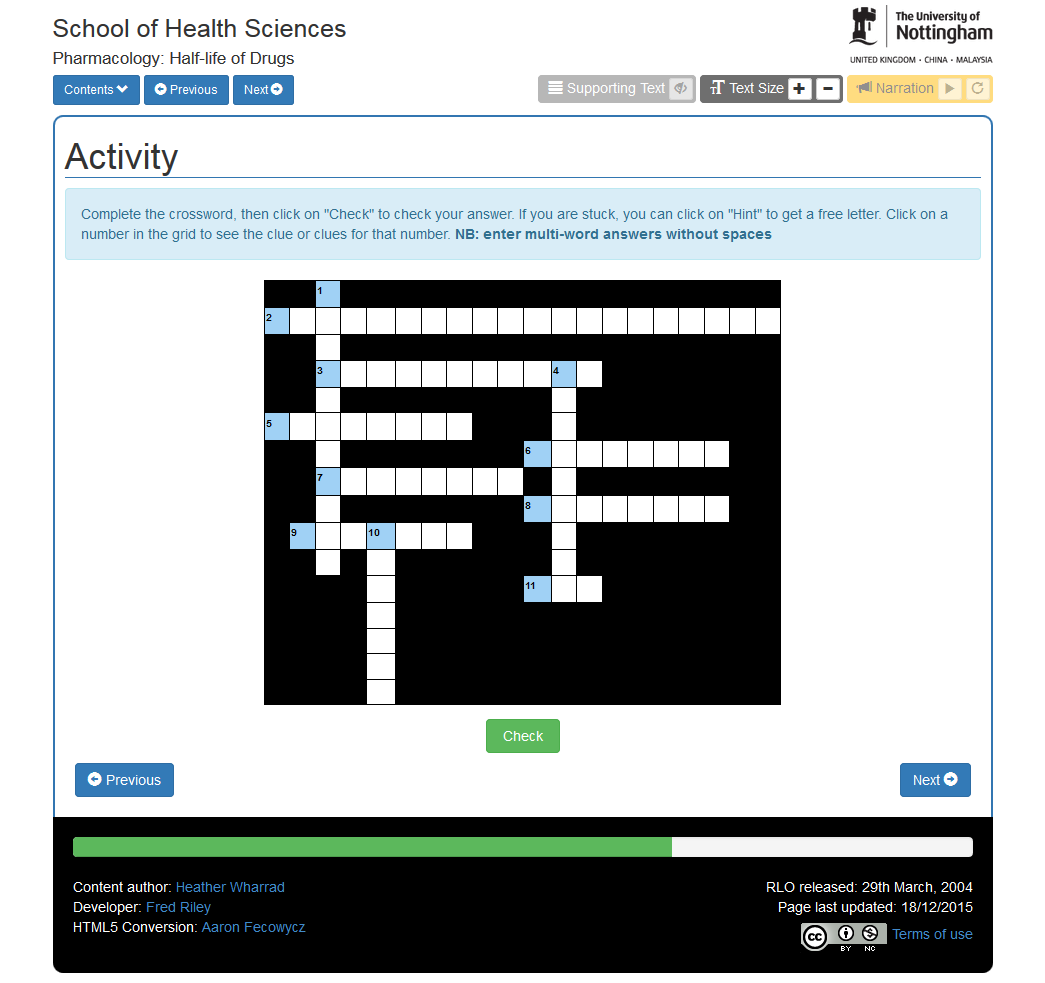 Heather also highlighted another possible candidate for conversion, an RLO titled "Levels of Measurement" which is used in some of the Schools taught modules. This learning object followed the same pattern but included a drag and drop activity along with a rollover activity. Aaron recreated these elements using JavaScript and worked hard to make sure the experience for touch devices was a good one. 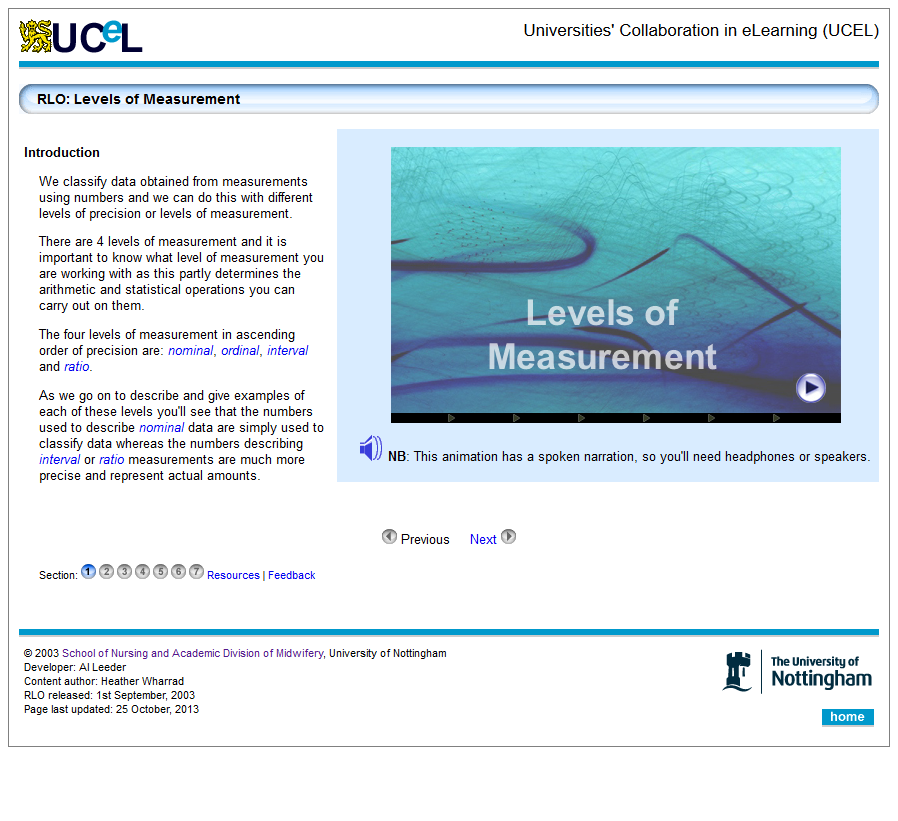 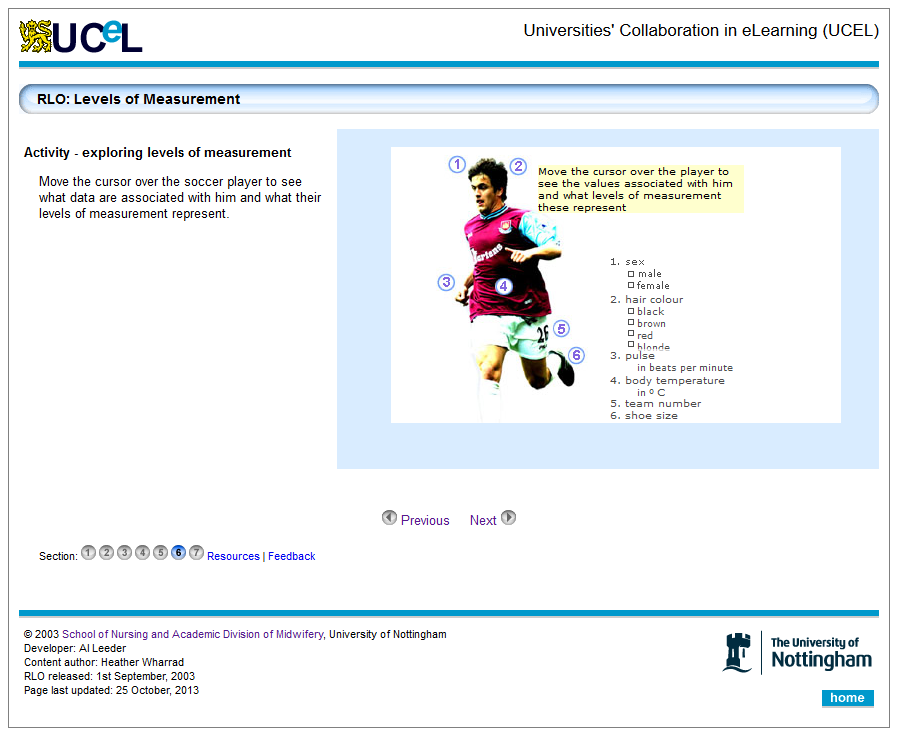 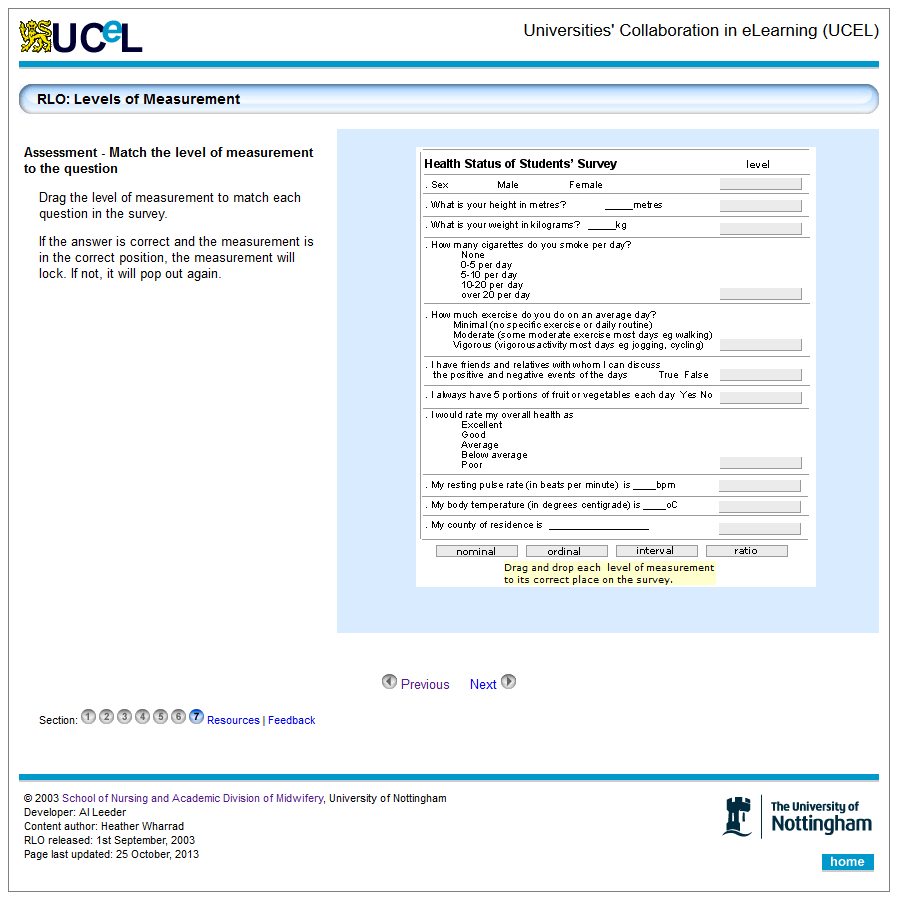 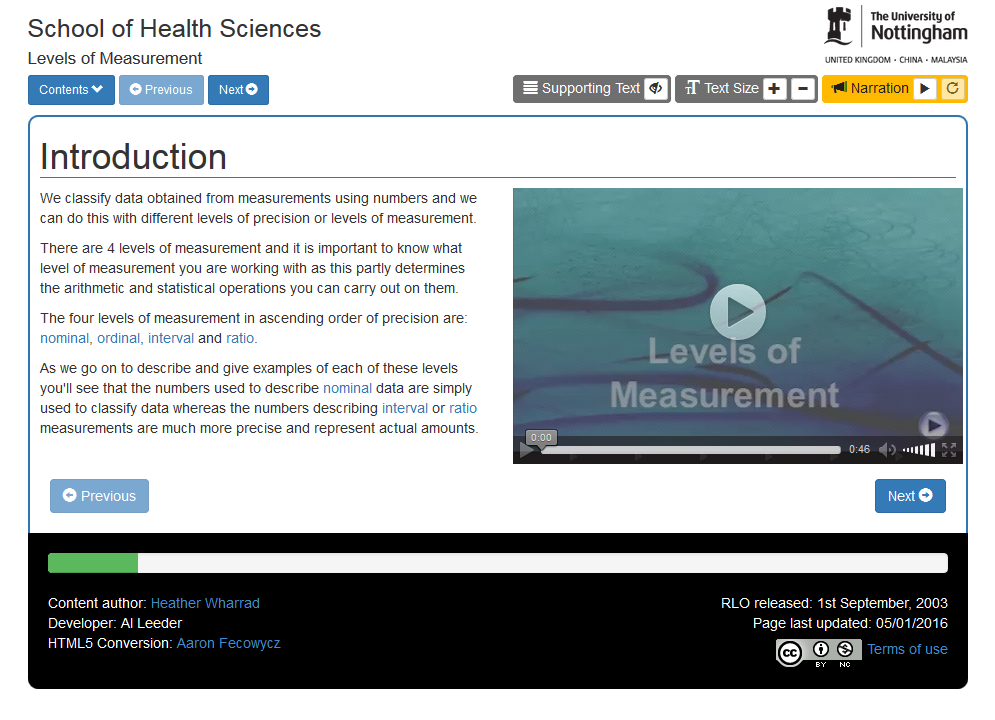 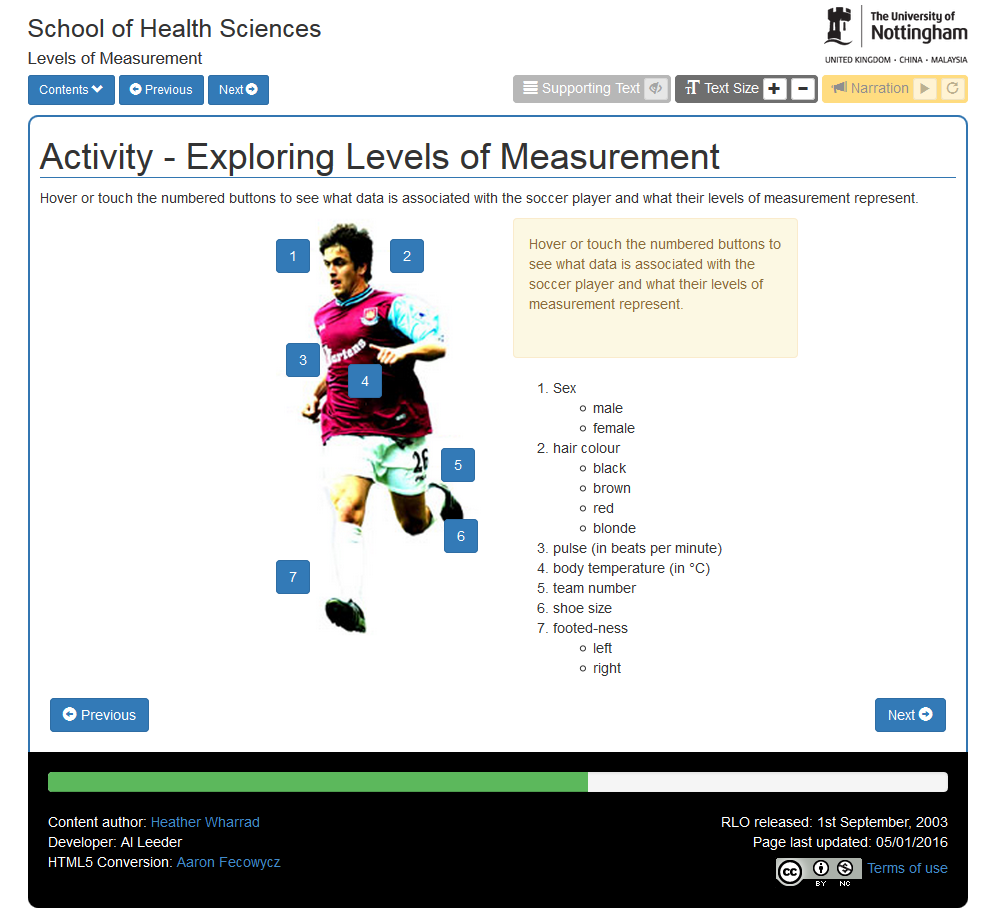 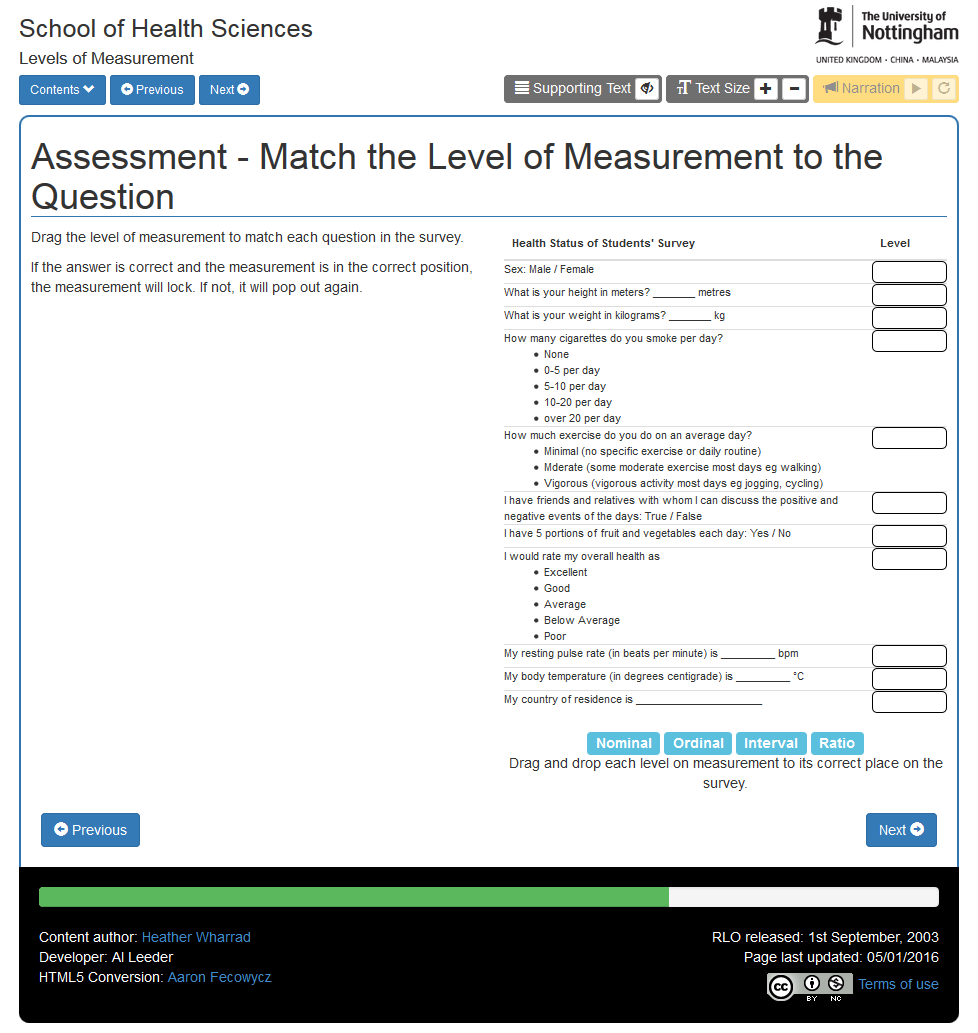 Aaron found the conversion process an extremely interesting experience and valued the opportunity to explore some of the earlier RLOs. Ensuring that conversion did not creep in to the realms of redevelopment was challenging but some of the language of instructions for interactive activities inevitably required modification to reflect potential devices which might be used.

The article was viewable from Thursday, 7th January 2016.

Return to top of page