The Health E-Learning and Media (HELM) Team had created a series of video scenarios which and the resource was to be built around and the team wanted to use a jigsaw analogy to allow the learners to record their response to the as they move through the resource. At various points the jigsaw would be broken apart and then animated a it was pieced back together.

Although the learner developed the jigsaw which was acting as a word cloud (albeit a little more complicated to develop) and the pieces made up from words the user supplies. Aaron explored various approaches and decided upon the use of Scalable Vector Graphics (SVGs) which would allow interaction and would also offer opportunities to be responsive and customisable by the learner. 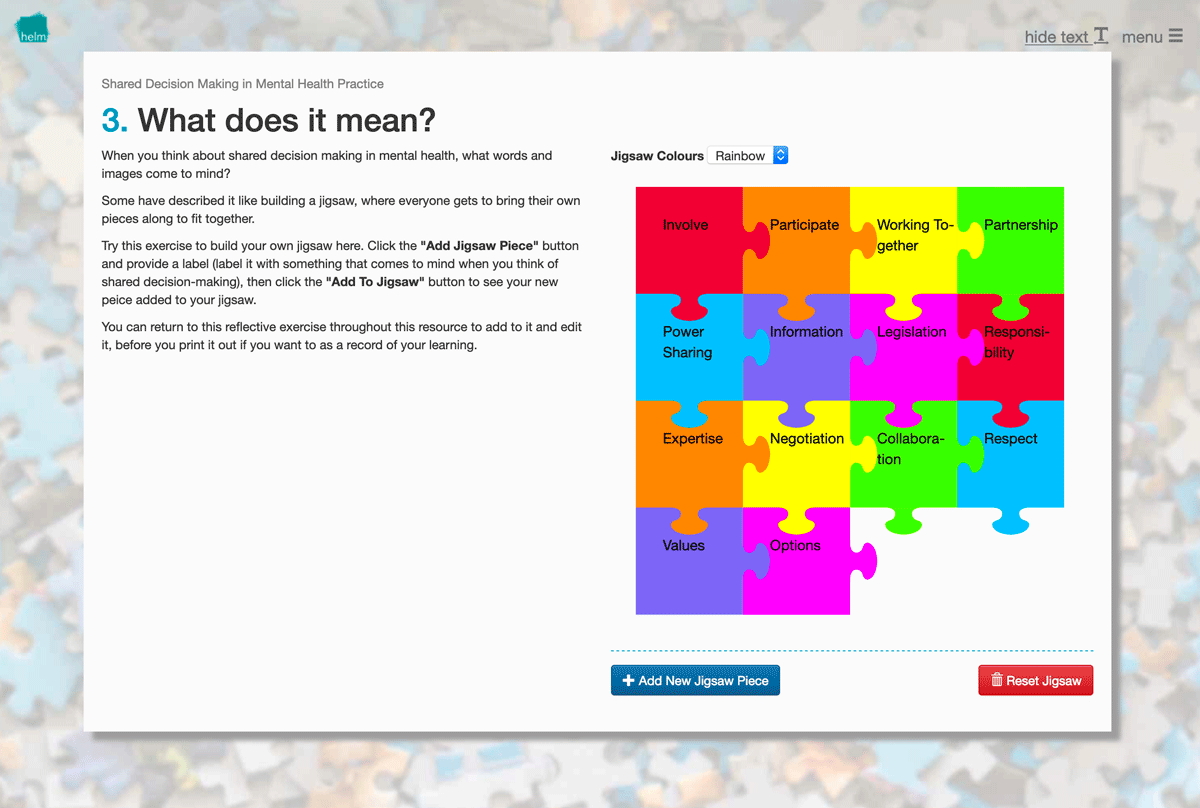 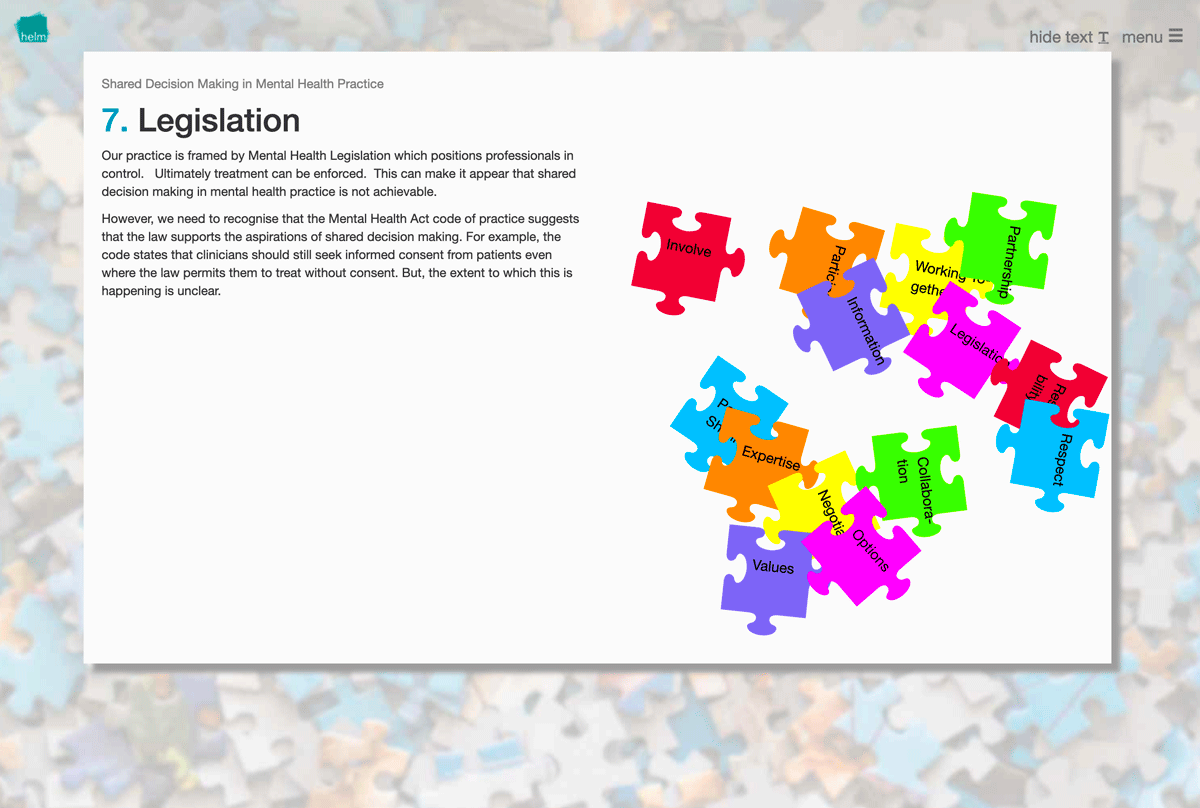 The resource also allows the learner to print their finished jigsaw, create and action plan and create a certificate which can be used to evidence their learning.

The resource was released on the HELM Open platform on the 2nd October 2018. The article was viewable from Tuesday, 2nd October 2018.

Return to top of page